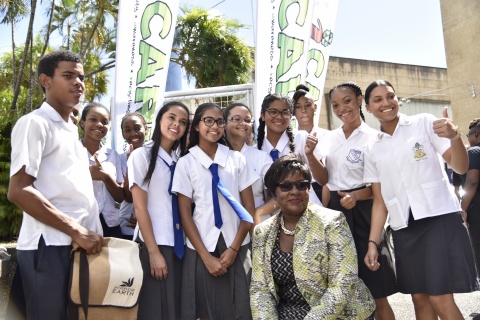 The “iCARE” (Community, Awareness, Recycle, Everyday) Project’s second phase was launched on Wednesday January 24, 2018. The Recyclable Solid Waste Collection Project began in 2015 as a continuance of the Beverage Container Collection Project. Phase 2 seeks to go a step further, with the inclusion of other types of solid waste, more specifically tyres and e-waste.

The Honourable Camille Robinson-Regis Minister of Planning and Development and the line Minister for the Environmental Management Authority emphasised that the “iCARE project forms a critical part of the Government’s thrust to engender a recycling culture in Trinidad and Tobago.” Minister Robinson-Regis continued by stating, “The project undertaken by the EMA in conjunction with SWMCOL and the various Regional Corporations, is an important first step in the infrastructural and logistical preparation of the country for the passage of the EMA’s Waste Rules and other subsidiary legislations with respect to a deposit and refund system for beverage containers.”