Leave Only Your Footprints on the Sand when Beaches Re-open 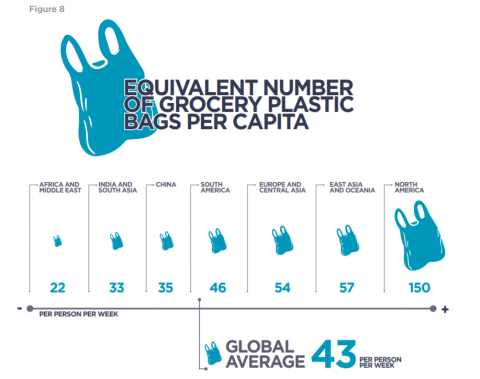 As our beaches remain closed to curb the spread of the COVID-19 pandemic, we can only imagine the cleanliness of these coastal spaces.  However, once beaches are reopened we must learn to leave only our footprints on the sand.  We are all too familiar with the garbage found on our shores and waterways.  It is a shared experience to come across litter on beaches across Trinidad and Tobago, in fact, you could even tell the popular beaches by the presence of more litter.  Some of these experiences that you may be able to relate to include:

These are all common, fun-spoiling, dirty and unfortunate experiences that beach goers face when visiting popular beaches in our country; more so Trinidad than Tobago. While conducting fieldwork for the Institute of Marine Affairs, researchers often encounter marine litter in places that the general public has no access or places not visited by most. Marine litter refers to “items that have been deliberately discarded, unintentionally lost, or transported by winds and rivers, into the sea and on beaches” (EU, 2010).  These items of waste have been found in beaches, bays, and mangrove forests across the country, which would also eventually make its way onto our shorelines and into our oceans. Researchers have found marine litter in the most unlikely places, even places not primarily exposed to human communities, such as Antarctica.

Now that we know what marine litter is, why should we care about it?

Aside from the unsightly image and visual nuisance that marine litter contributes, it has the potential to cause injuries to visitors and beach goers who may encounter it. Additionally, there is the cost of cleaning up coastal and marine areas; a necessity that is required to avoid negative impacts on the tourism and fisheries sectors. Marine litter also adversely affects animals and people in the following ways:

An estimated eighty percent (80%) of marine litter comes from sources on land, which means there is more land-based sources of this pollution than marine-based.

Why are coastal clean-ups important?

Not all marine litter ‘breaks down’, or is biodegradable. Plastic fragments break up into smaller pieces until it is microscopic.  When such pieces are less than 5mm in size, they are called microplastics.  That is the size of animals like plankton and so it is impossible to be removed from oceans. Further, microplastics enter the food chain of marine life, from simple single cell organisms to the much more complex animals. That is why coastal clean-ups are important.  Plastics must be removed from the environment before it reaches the seas and oceans.  Microplastics can be formed from the fibres of clothing, micro-beads found in personal care products, dust, or be broken down from larger plastics items such as tyres and food containers.  According to Boucher and Friot of the International Union for Conservation of Nature (IUCN), estimates show  a  release of 1.53 Mtons (million tonnes) per year of microplastics, which equates to each person in the world throwing away 212 grams of plastic a year, or 43 plastic grocery bags into the ocean.

Imagine one of our leatherback turtles eating plastic bags thinking it was jellyfish, or a manta ray caught in a fishing net, or even a shark that has eaten a fish that had plastics in its stomach. There is much that each and every one of us can do to contribute to a safer and cleaner ocean. Here are some tips.

Consumers and citizens hold the power!  Clean-up to protect and save our beaches, seas and oceans. Don’t you want your children and future generations to be able to experience a clean and healthy marine environment? Let us all do our part in making this a reality as coastal stewards.