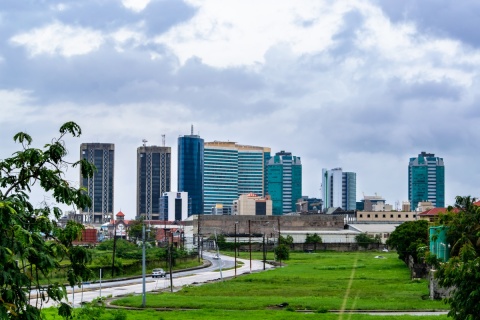 As a follow up to the recent announcement by Prime Minister Dr. Keith Rowley regarding reopening of the construction sector in Trinidad and Tobago, Planning and Development Minister Camille Robinson-Regis is stating for public information that Government construction activities comprising the Port of Spain Revitalisation Project aim to hire in the region of at least 1000 persons in the short to medium term.

This estimate is inclusive of projects which were already underway before the most recent closure as a result of COVID-19, as well as new projects in early stages of planning and implementation.

The Port of Spain Revitalisation Project aims to establish Trinidad and Tobago’s capital as a premier location for commerce, culture and entertainment which will have a high appeal for local residents and international visitors alike. Various ministries and government agencies have brought forward proposals for the Port of Spain Revitalisation Project focusing on residential, tourism, entertainment, recreational, commercial and cultural activities. Minister Robinson-Regis says that government led construction projects form a large part of this venture, with the aim of including the private sector as well, through Public Private Partnership (PPP) arrangements. The Planning and Development Minister adds that once the private sector is on board there will be further significant increases in employment opportunities. This is especially beneficial now due to the challenges brought about by the COVID-19 pandemic, which Trinidad and Tobago, much like the rest of the world has been negatively affected. Therefore, creating additional jobs will bring some form of relief to a number of families.

Some of the current projects responsible for most of the employment include the re-development of the Port of Spain General Hospital, dredging and drainage works to mitigate flooding, road construction and rehabilitation in the capital city, urban upgrading and revitalization which involves urban housing in the city, the Emperor Valley Zoo expansion, the Street Dwellers Rehabilitation and Re-Integration Project, the upgrade of national performance centres in the capital city such as Queen’s Hall and the National Academy of the Performing Arts (NAPA) as well as the Heritage Library, Mille Fleurs and Trinity Cathedral.

There are other elements of the Revitalisation Project at various stages of feasibility studies and requests for proposal which include an inner city transit system, city gate development, mixed use development at the Salvatori Site on Independence Square, the Piccadilly Street Housing Development and the potential mixed use development at the PowerGen site among others. Minister Robinson-Regis is confident that these additional projects will also increase the availability of jobs in the construction sector, bringing further relief to more families.

Minister Robinson-Regis chairs the Ministerial Committee for the Revitalisation of Port of Spain, a project which was officially announced by Prime Minister Dr. Keith Rowley on November 16, 2020. The Committee also includes Kazim Hosein, Minister of Rural Development and Local Government; Pennelope Beckles, Minister of Housing and Urban Development; Rohan Sinanan, Minister of Works and Transport; Stuart Young, in his capacity as MP for POS/St. Ann’s West; Randall Mitchell, Minister of Tourism Culture and the Arts and Keith Scotland, MP for Port of Spain South. The Urban Development Company of Trinidad and Tobago (UDeCOTT) and the Ministry of Planning and Development are the key implementation agencies responsible for the project.

The Port of Spain Revitalisation Project is a major programme that falls in line with Trinidad and Tobago’s National Development Strategy: Vision 2030, of which theme I focuses on ‘putting people 1st, nurturing our greatest asset’. This is also reflective of Government’s commitment to the global Sustainable Development Goals (SDGs), especially SDGs 1 and 11 which aim to end poverty in all its forms everywhere and make cities and human settlements inclusive, safe, resilient and sustainable.